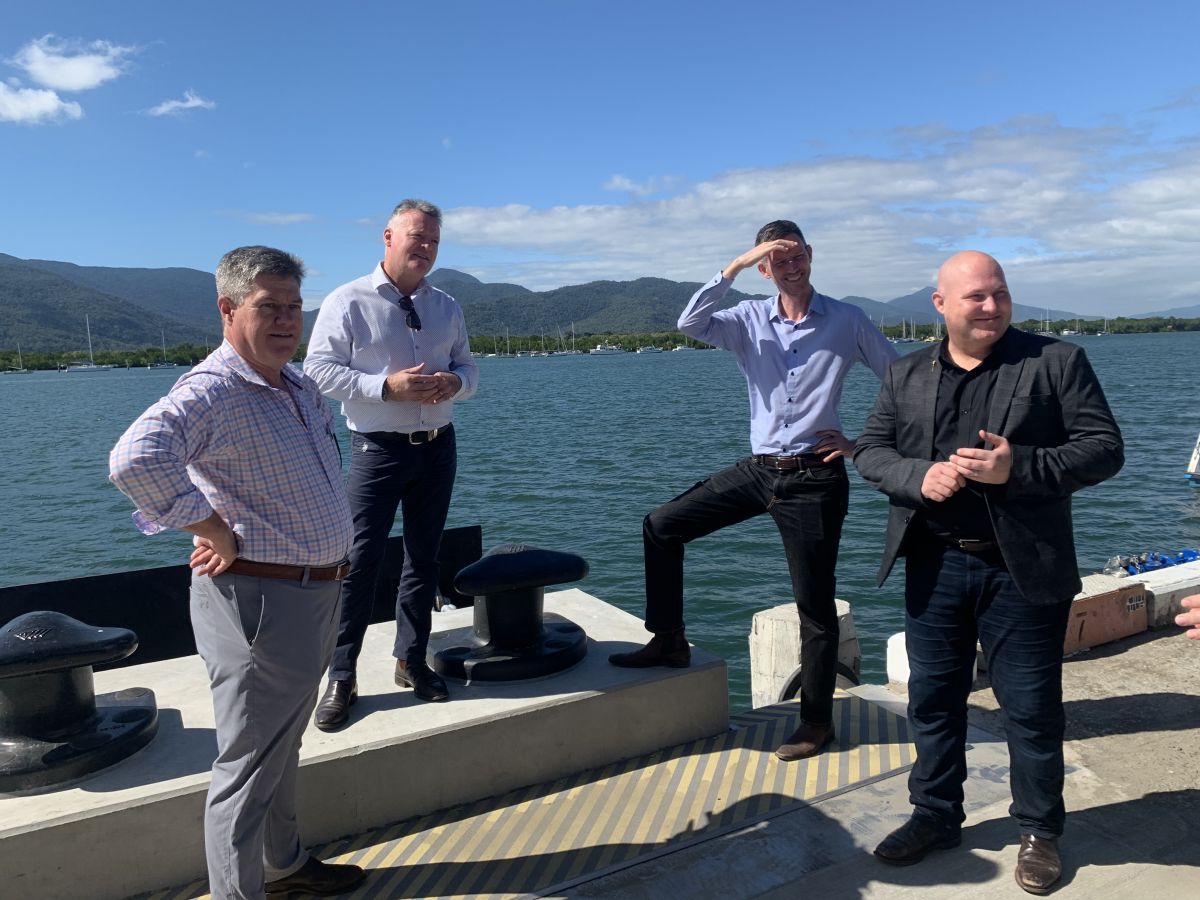 Minister for Transport and Main Roads
The Honourable Mark Bailey

The largest port development in Cairns’ history is now complete, providing a much-needed shot in the arm for the tropical north city as it continues its COVID-19 recovery.

Crews have wrapped up works on the final stage of the Palaszczuk Government’s $127 million shipping development project, putting the finishing touches on upgrades to six of the Cairns Port wharves.

Member for Cairns Michael Healy said the project, which began last year, would now pave the way for more job opportunities as we move out of the train wreck of COVID-19.

“Our city, our community and many of our industries have been hit hard these past couple of months. The completion of this much needed work will be a contributing factor in our city and regions recovery. Today’s milestone hopefully marks a turn in the right direction for our economy and local jobs,” Mr Healy said.

In total, more than 400,000 hours were worked on the project, which included dredging the Cairns shipping channel, building an 8km pipeline to transfer silt for re-use and restoring six wharves built more than 100 years ago.

“Around 800,000m3 of mud and silt has been dredged and 30 new berthing dolphins constructed along the wharves utilising the largest diameter steel piles ever driven in the region to allow bigger ships and more investment in our economy.

“The benefits of this project will be immense and the flow on effects for our $127 million investment will be felt for decades to come.”

Transport and Main Roads Minister Mark Bailey said Ports North, contractors and the 800 construction crew were to be congratulated on delivering the mammoth project.

“Their efforts are part of the Palaszczuk Government’s $1.45 billion spend for better roads, transport and jobs in the Far North,” Mr Bailey said.

“Together with projects like the $152 million Smithfield Bypass and soon-to-start Bruce Highway upgrade from Edmonton to Gordonvale, we’re strengthening supply chains, bolstering the economy and supporting jobs.”

Minister for Regional Development Glenn Butcher said the milestone would open up a new chapter for the local marine industry, with vessels up to 300m including visiting naval ships, cargo carriers and cruise ships could now enter the port.

“It is expected to add $144.6 million in value to the Queensland economy every year as we unite and recover for Queensland jobs,” Mr Butcher said.

“A deeper and wider shipping channel also provides the potential for the Royal Australian Navy’s larger ships and US naval carriers to berth in Cairns, enabling future expansion of defence activities in the region.”

Ports North Chairman Russell Beer said the Project Team will now work through all the required close-out matters over the coming months to bring an official end to thee Cairns Shipping Development Project.

“This will certainly mark a special moment for the organisation” he said.

“This Project has been many years in the making and the outcomes clearly demonstrate the ability of Ports North to undertake major capital projects including capital dredging works to deliver economic benefits while protecting the environment” he said.

“It has at times been challenging, frustrating but inevitably hugely satisfying. Our Project team must be congratulated for its flexible and innovative thinking and good old tenacity in getting the Project over the line.

“We can only look forward to a time, hopefully in the near future, when we begin to see the projected benefits this Project will bring to Cairns and the region.”