Of the nine ports operated by Ports North in Far Northern Queensland there are three ports which are central to the export and import industry.

With 10 wharves, easy channel access, no shipping congestion and a world-class maritime industry, the Port of Cairns is an ideal hub for project cargo opportunities at local, national and international level.

It is the most northern trading port on the eastern seaboard of Australia, and the natural centre for supplies shipped to the mining and coastal communities north and west of Cairns including the North East Mineral Province, the Torres Strait Islands and Gulf of Carpentaria. 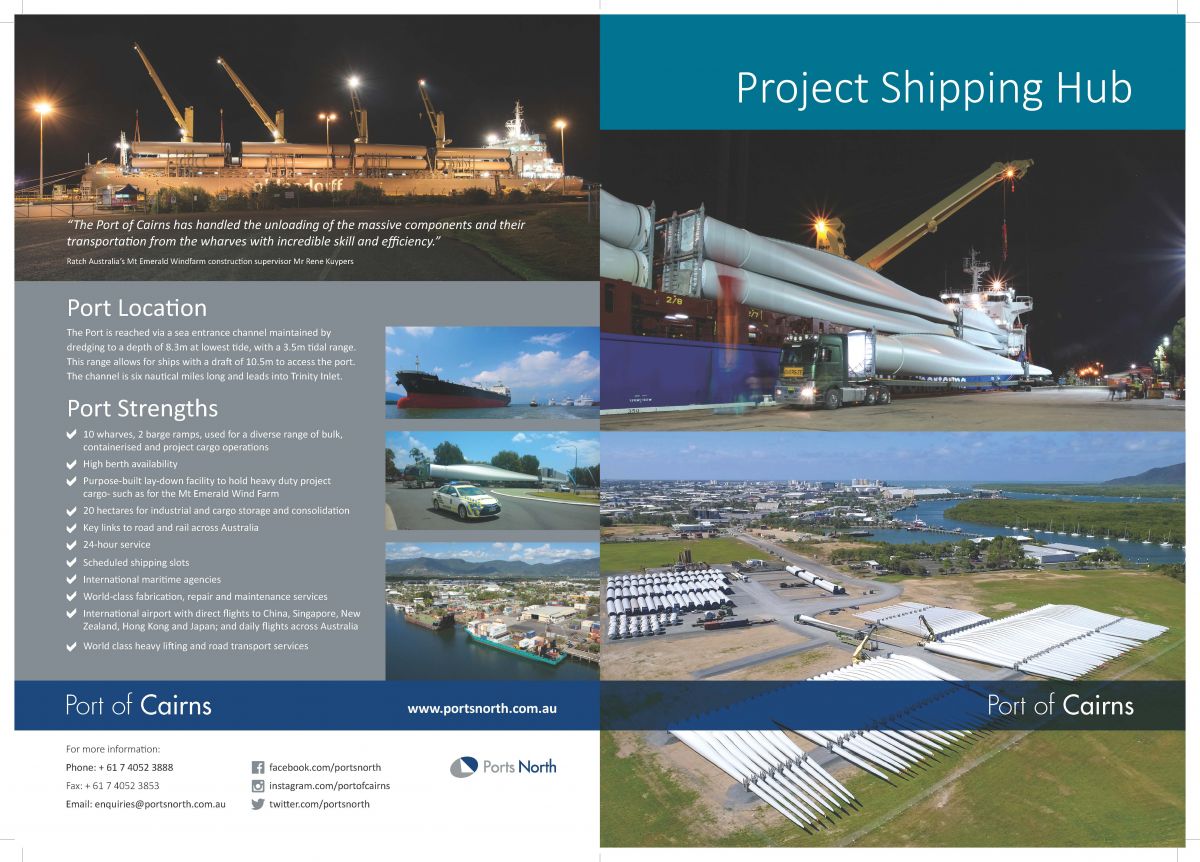 Ports North visually captured the spectacular sight of the Mount Emerald wind far components arriving at the Port of Cairns.  The unloading, storage and transportation of huge turbines and 57m blades proved to be a highly successful operation.  Watch our video below:

Approximately 100 kilometres south of Cairns and 20 kilometres to the south of the city of Innisfail, the port is a natural deep water port with commercial facilities including a bulk sugar and molasses terminal, a live cattle export facility and an adjacent 2ha open bulk storage stock pad recently developed to accommodate exports including magnetite, silica sand and bauxite. 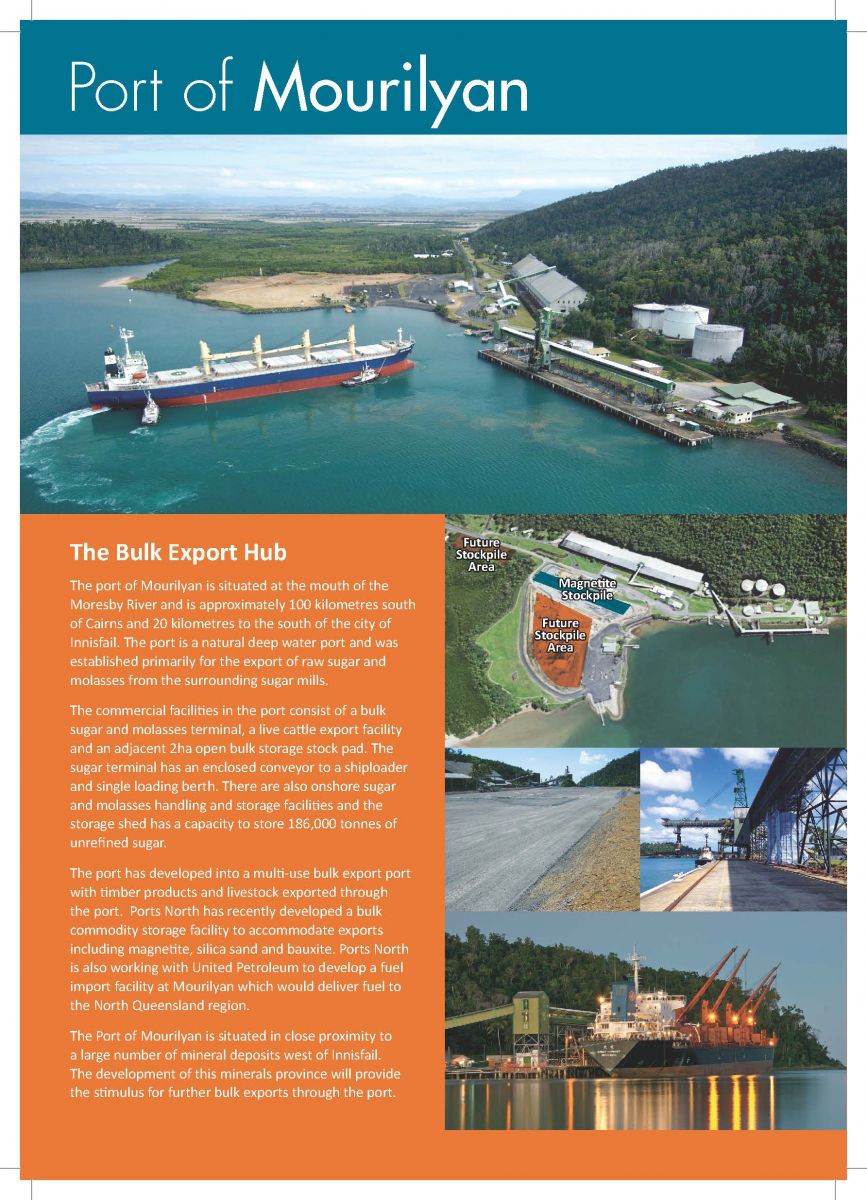 In the south‐east corner of the Gulf of Carpentaria, the Port of Karumba is used for trans-shipment operations by New Century Resources for its zinc mining. The Port also handles general cargo trade for a number of Gulf communities and live cattle exports, as well as being a trans‐shipment port for the Port of Weipa and other Gulf communities including Mornington Island. 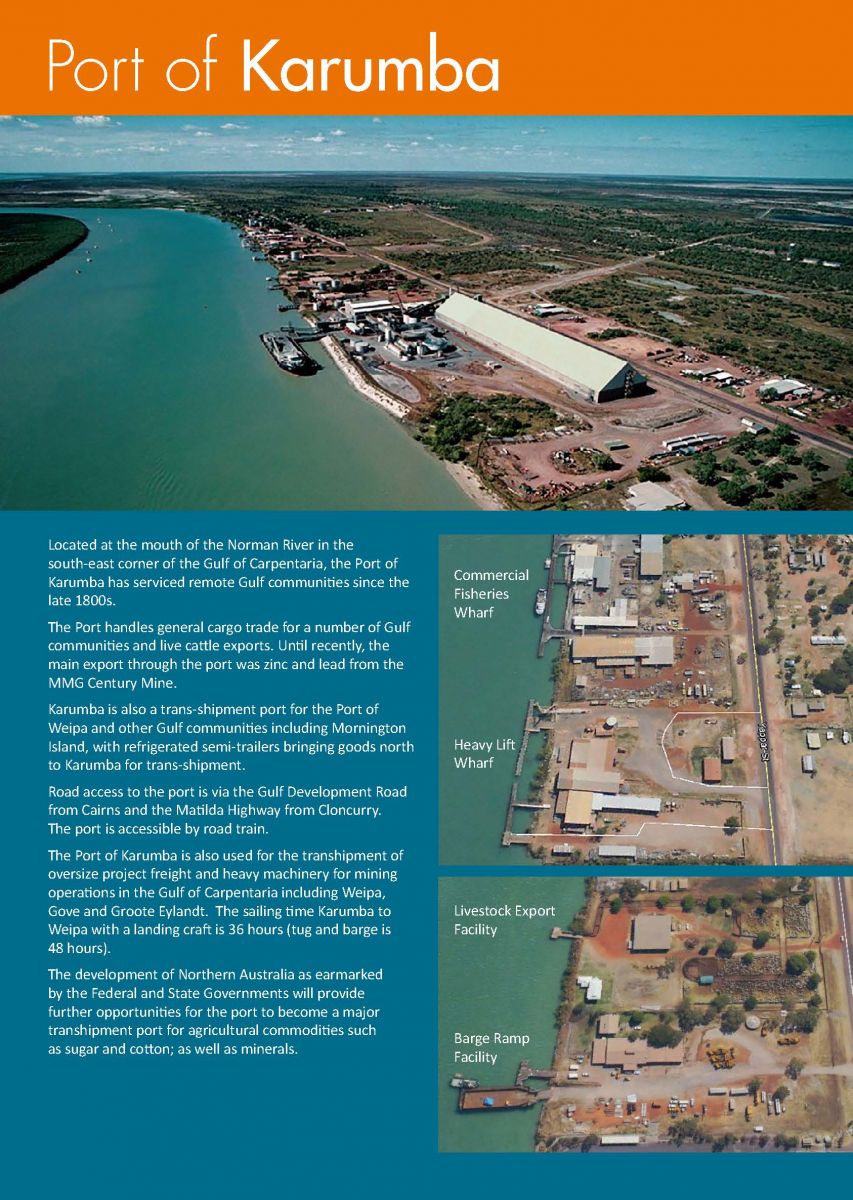