Minister for Transport and Main Roads 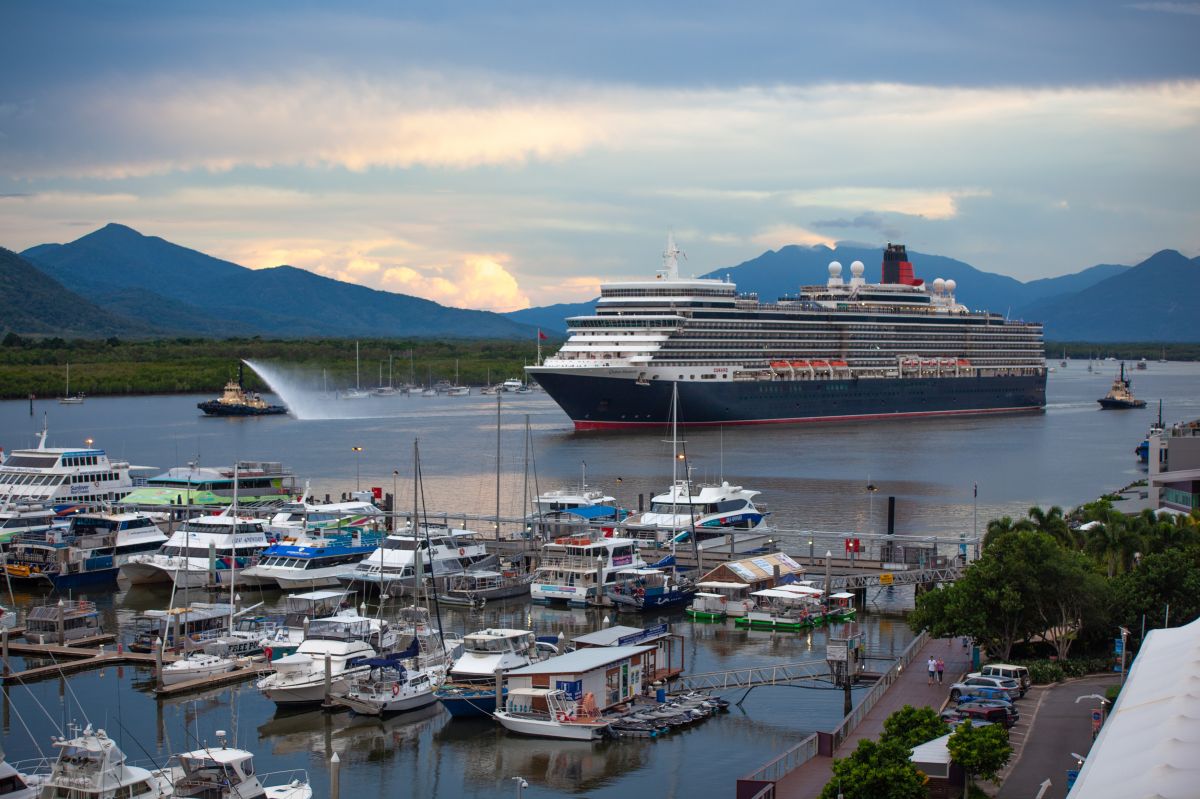 The largest ship ever to enter the Port of Cairns berthed today, marking a historic evolution for Far North Queensland’s cruise ship industry.

This time last year, the 294-metre-long Queen Elizabeth would have been forced to drop anchor off Yorkeys Knob, with its 3000 passengers climbing aboard tenders to access Cairns attractions.

Thanks to the Palaszczuk Government’s investment in a $127 million project to widen and deepen the shipping channel, those passengers walked off the ship at the Cairns Cruise Liner Terminal this morning.

Member for Cairns Michael Healy said the Queen Elizabeth’s maiden voyage into the heart of Cairns was a historic day for the city.

“Most Fridays are pretty good in Cairns, but this one carries an extra special feeling,” Mr Healy said.

“There are many people who have dedicated years of their lives and their expertise to get us to this point where our city can celebrate seeing larger ships come right into the port, particularly now when there are greater global challenges facing tourism.

“Cairns businesses can expect up to 116,000 passengers and crew to arrive here this year because we’ve made our city a more welcoming port for larger ships.

“That’s equal to around 212 full A380s landing here with visitors ready to spend in Cairns because of the investment our government has made in recent years at our publicly-owned port.”

“Environmental, technical and engineering work was carefully scrutinised over several years before work started last year to remove 800,000 cubic metres of mud and silt from the channel, and to re-use it on land,” Mr Bailey said.

“The wharf upgrades, which are the final stage or works for this $127 million project, are going smoothly and almost done.

“The investment here will also serve as a reliable source of new jobs.

“More than 800 construction jobs were supported during construction and now that most of the work is completed, Cairns can expect to see up to 150 cruise ships a year coming here by 2031.

“A deeper and wider shipping channel also provides the potential for the Royal Australian Navy’s larger ships and US naval carriers to berth in Cairns, enabling future expansion of defence activities in the region.”

Mr Bailey said Ports North and its contractors were to be congratulated on the successful delivery of the dredging stage of the project.

Ports North Chairman Russell Beer said today’s welcome event for the Queen Elizabeth had been a long time coming, but worth it.

“Ports North began developing the idea for this Project about eight years ago,” he said.

“Despite a number of hurdles, we have delivered a project that is a unique example of how vital infrastructure development can be balanced with environmental considerations, to generate sustainable, economic regional growth.”

Commercial Director Cunard Australia and New Zealand, Katrina McAlpine said it was a very exciting day for everyone.

“We are delighted that Queen Elizabeth has today become the largest cruise ship ever to berth at the Cairns Cruise Liner Terminal, literally bringing our guests to the heart of the city,” Ms McAlpine said.

“Queen Elizabeth looks magnificent here on the city’s doorstep offering guests a convenient location from which to explore and experience all of what this beautiful city and its surroundings have to offer.”

Queen Elizabeth is the first of 14 Vista/Grand Class cruise ships that will berth in Cairns this year.