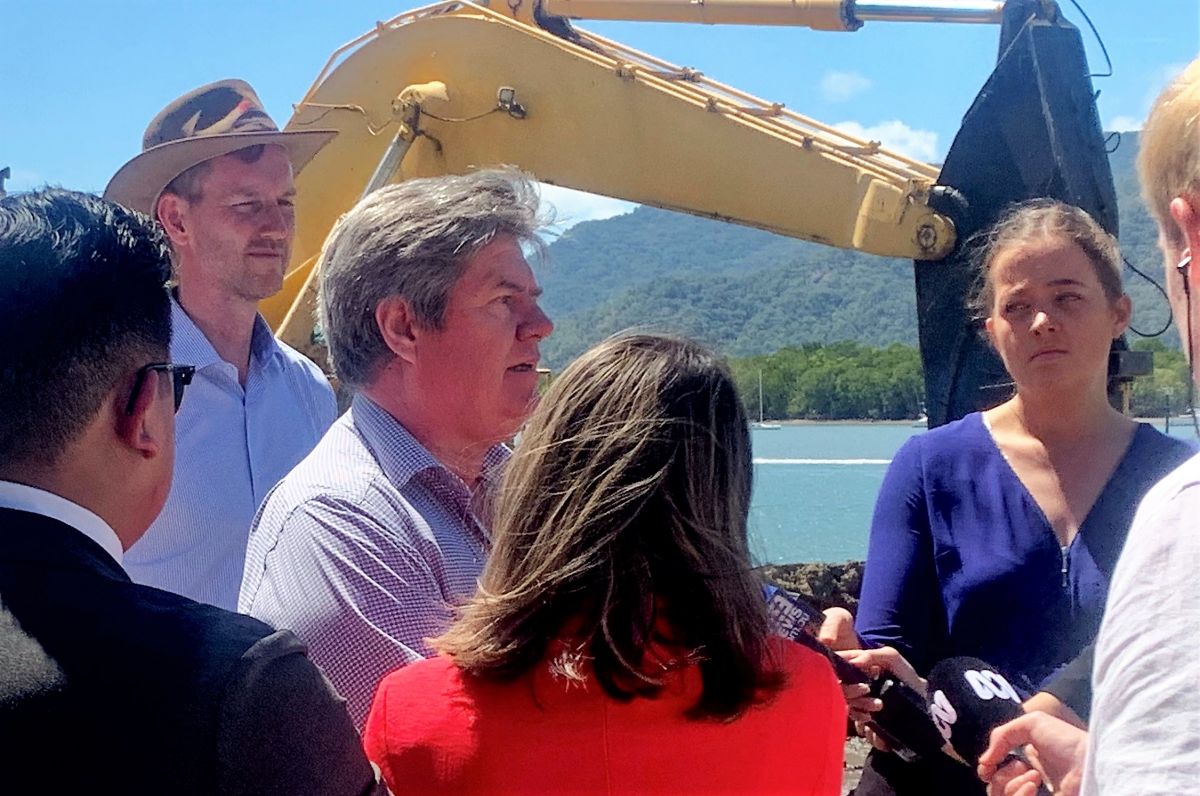 Wharves at the Port of Cairns are set to get a major makeover to cater for larger cruise ships with the $20 million contract for the third and final stage of the Cairns Shipping Development Project awarded to Austral Construction Pty Ltd.

Announcing the contract today, Minister for Transport Mark Bailey said these works will enhance the capacity and attractiveness of the Port of Cairns to welcome cruise ships of up to 300m in length into the future.

“The upgrading of wharves 1-6 will complement the widening and deepening of the shipping channel which is currently being dredged by the teams of Rohde Nielsen and Hall Contracting,” Mr Bailey said.

“This is the final step and a major undertaking to ensure the Port of Cairns is ready to welcome thousands of visitors to our region.”

Austral Construction is an Australian based company which has undertaken significant marine works throughout Australia including previous involvement in Cairns with works for the Navy and Sugar Wharf and as a major subcontractor on previous Ports North projects such as the Marina Wave Barrier and Reef Fleet Marina Finger Wharves.

Existing wharves 1-6 are heritage listed structures with the majority of the structure built more than 100 years ago.  These wharves will be upgraded to accommodate the increased ship sizes that will now be berthing in the Port of Cairns.  Ports North engaged heritage and wharf design experts to develop an innovative design that retains the majority of the existing heritage wharves 1-5 by installing a series of independent dolphin structures inset into the existing heritage listed wharves.  A new concrete jetty will be constructed along the front of wharf 6 to replace the decayed timber wharf structure with a portion of the old structure to be revealed and retained for heritage and interpretive purposes.  The design has received all heritage approvals and is in keeping with the existing heritage wharf sheds.

“These mooring and berthing dolphins will provide the structural capacity to cater for the additional larger cruise ships. The Austral project team has extensive marine experience and its proposed plant is well suited to the Project requirements,” Mr Bailey said.

Austral Construction Operations Director, Aaron Turner said “Austral were excited to be part of such a major project for Cairns and welcome the opportunity to contribute to the local economy.”

Austral Construction has nominated numerous local suppliers - except where specialist items are not available - which is the flow on we want for local business and job opportunities” Mr Turner said.

Ports North Chairman, Russell Beer said “Once again we have hit another exciting milestone in this Project and are now well and truly over the hump, and the benefits of this Project for Cairns are starting to filter through.”

“The supply of steel piles worth $3.5 million for the wharf works was also recently awarded to J Steel Australasia Pty Ltd and production is well under way,” Mr Beer said.

Undertaking a wharf upgrade project while maintaining ongoing use of the wharf and adjacent uses is a challenging project and Ports North would like to acknowledge all the assistance to date from our port users who have been very accommodating and supportive of the project.

The team will continue to work with all stakeholders going forward to minimise operational impacts and look forward to the ongoing support of users and the community to get this project delivered for Cairns.

The wharf upgrade project is expected to be fully completed by late April 2020.

For more information visit the Ports North website on www.portsnorth.com.au