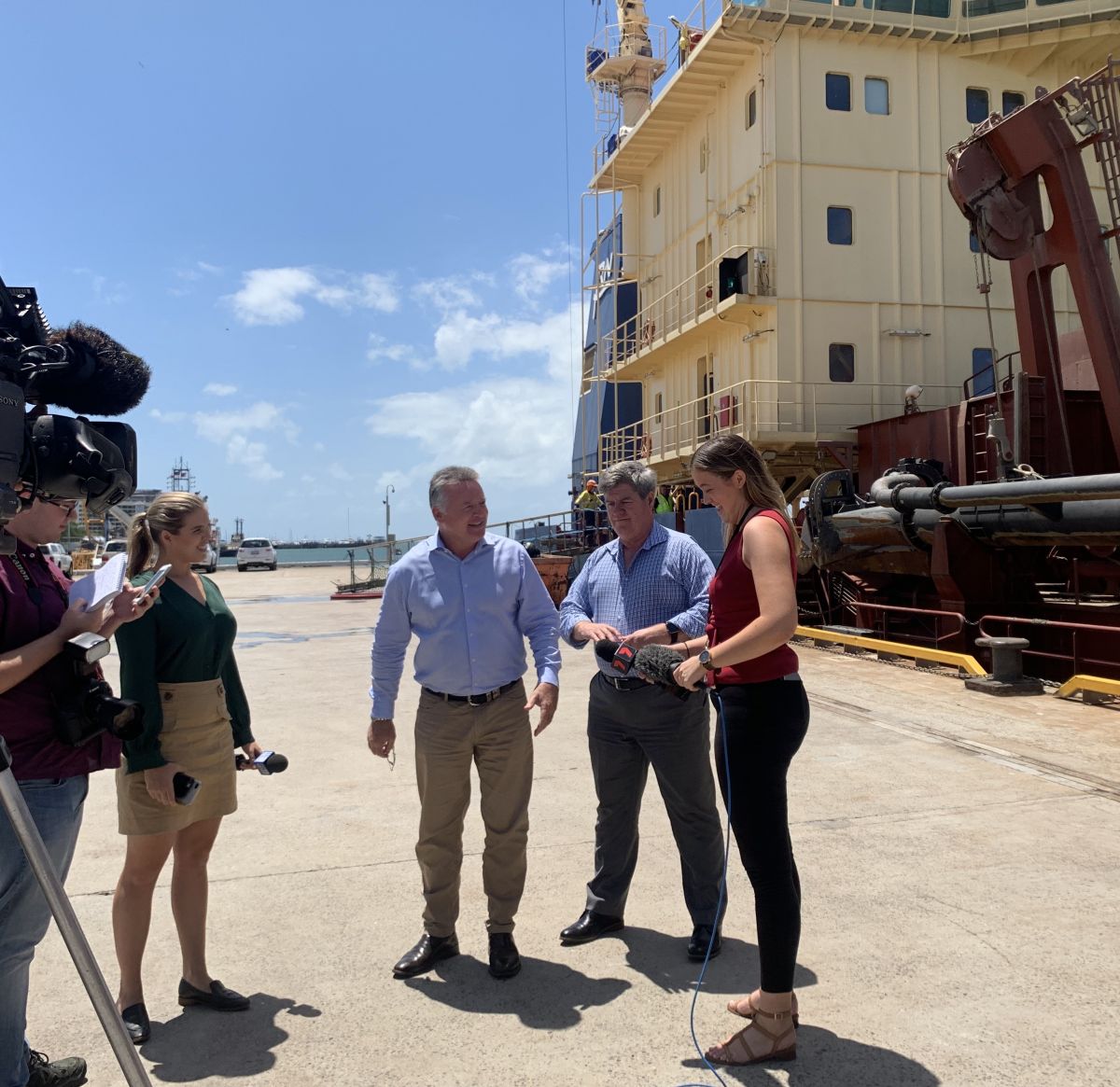 Thousands of jobs are on the horizon for Cairns, with dredging on the city’s $127 million shipping development now complete.

Member for Cairns Michael Healy visited the Cairns Port today to meet with locals who worked on the project and farewell the 111m-long dredging ship Balder R, which was tasked with opening up the inlet for larger cruise ships.

He hailed the dredging a resounding success, saying it signalled a new era for Cairns.

Works were completed on time and without incident, and comes after Transport and Main Roads Minister Mark Bailey and Mr Healy last month announced a $20 million makeover for the port’s wharves.

“The Palaszczuk Government wants more visitors and more tourism for Cairns. This project is about unlocking a new cruise ship industry for our city and 2,700 local jobs by 2031,” Mr Crawford said.

Mr Crawford said dredging was part of an overall $1.45 billion jointly-funded spend on roads and transport for the region over the next four years, alongside major projects like:

State of the art equipment and techniques were employed to enable the soft material to be pumped from an underwater pipeline to an on-land site, while stiffer clay material has been placed on Ports North land in Tingira Street for beneficial re-use.

The Cairns Shipping Development Project has delivered a wider and deeper navigation channel into the Port of Cairns and established a new Smith’s Creek Swing Basin.

Over the coming weeks minor channel bed-levelling and final surveys of the Project area will be carried out as will the de-mobilisation of plant and equipment and initiation of rehabilitation works in accordance with the project approval conditions.

Ports North Chairman Mr Russell Beer said “Ports North has worked tirelessly over many years to find the balance between protecting the environment and the Great Barrier Reef, and ensuring our Port can facilitate economic growth for the region.”

“We have worked with government at all levels, the community and business and complied with hundreds of conditions to make this Project happen. I am very proud of our team,” Mr Beer said.

The project’s focus will now shift to wharves makeover, with works now underway.

Contractors Austral Construction has received the first shipment of steel piles to be used in the upgrade and works have begun at wharf 6.

The total wharf upgrade phase is scheduled to be completed by April next year.