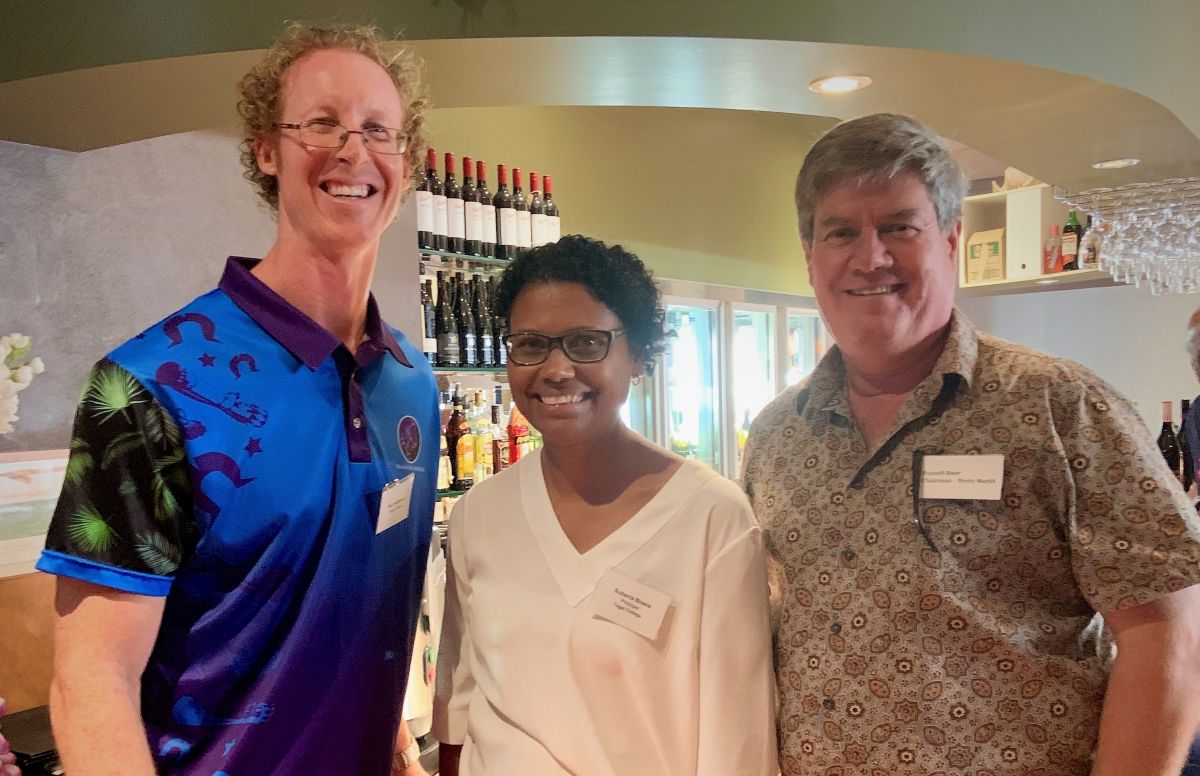 A revolutionary plan to recycle plastics on Thursday Island has been fast-tracked by Ports North.

Tagai College will receive $10,000 from Ports North to set up a Precious Plastics Project, which will operate from the school campus.

Member for Cook Cynthia Lui said the project was part of a world-wide initiative which uses specialised machines to shred, re-heat and re-mould plastics into 3D printer filaments and other useful everyday items.

“Thursday Island currently has no recycling options and while the community continues to take part in clean-up projects, it is limited in what it can do,” Ms Lui said.

“This plastics recycling project can equip the Thursday Island community to help protect its environment, keep its waterways clean, and put plastics to good use.

Tagai College science teacher Paul Heffernan researched the project and was given the immediate blessing of Principal Suberia Bowie - who is passionate about reducing local waste on the island.

“We’re pretty excited about this project,” Mr Heffernan said.  “Ideally, we could create all sorts of items - from recycled plastic pots to school rulers or phone cases and even structural beams.

“The future benefits, not the least of which are environmental gains, have quite a lot of potential.”

Mr Heffernan said the school aims to create a plastics drop off point for the public, with a nearby workspace which would include a sorting area and a ‘production line’ containing the shredder machine, which turns the plastic into flakes, and the extruder machine which heats the plastic flakes and produces filaments that can be used for 3D printers.

Further processes would involve melting recycled plastics so they can be moulded and compressed to create different items.

Speaking at a presentation on Thursday Island following a special Board Meeting on Friday (May 31), Ports North Chairman Russell Beer said Tagai College’s innovative plan was exactly the sort of community, education and environment project Ports North wanted to encourage through its sponsorship program.

“We operate and manage nine ports in Far North Queensland and part of that process is to support the communities in which these ports operate,” Mr Beer said.

“This project ticks all the boxes. It is relatively simple to set up, it benefits the school community, protects the environment and is a means to create useful items from recycled plastic.

“Baseline data already exists on the amount of marine debris washing up on Thursday Island and the volumes of waste taken to landfill, so the Precious Plastics Project can help the community measure how much plastic can be eliminated.

“Ports North congratulates Tagai College and the Thursday Island community for its forward thinking and commitment to maintaining the environmental well-being of this stunning region.”